Board of Directors quick links

Back
Menu
Board of Directors
Cobram Estate Olives is a young and progressive Australian agribusiness company. We enjoy a close and open relationship with our shareholders and we welcome you to invest in our company. 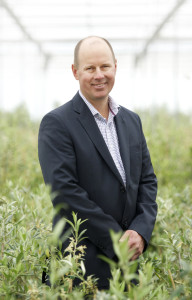 Rob is a co-founder of the Cobram Estate Olives and has extensive experience in the agribusiness sector. He is directly involved in a large-scale vineyard in South Australia, a grazing operation in Western Queensland, a cropping and grazing operation in South Western Victoria, as well as Cobram Estate Olives’ development and management.  Rob is also a board member of Marcus Oldham Agricultural College.

Rob was also the CEO of Cobram Estate Olives until 20 April 2021. 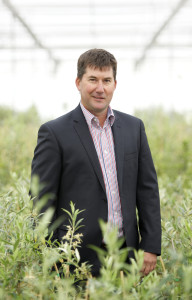 Paul Riordan has extensive experience in the olive industry having worked in the industry since 1996 and is a co-founder of the Cobram Estate Olives Group. Paul was also a Non-Executive Director of Select Harvests Limited from October 2012 until June 2018 when he moved to the USA.

Paul is an Executive Director of Cobram Estate Olives and currently oversees the company’s USA operations. 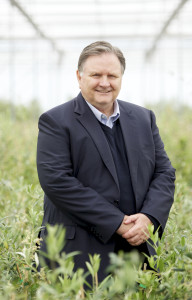 Tim is a former Managing Partner and National Chairman of Pitcher Partners, a national association of independent accounting firms across Adelaide, Brisbane, Melbourne, Newcastle and Hunter, Perth, and Sydney.  His qualifications include a Master of Business Administration (University of Melbourne), Bachelor of Commerce (University of Melbourne) and Fellow of the Institute of Chartered Accountants in Australia. Tim is currently the Chairman of Yarra Valley Caviar Pty Ltd (fish farms and caviar production); Chairman of Daniel Roberson Pty Ltd (property holdings); and Director and Treasurer of Australian Stockman’s Hall of Fame and Heritage Centre Ltd (Longreach, Queensland).  Tim was formerly a Director of Silvan Australia Pty Ltd and a Director and Treasurer of Essendon AFL Football Club Ltd.

Tim has been involved with Cobram Estate Olives since its inception and has been a Non-Executive Director since 2005. He is the Chairman of the Audit and Risk Committee and a member of the Remuneration Committee. 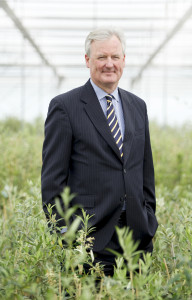 Craig is an Executive Director of stockbrokers Taylor Collison Limited, responsible for corporate finance in equity capital markets. He became a director of Taylor Collison in 1992 and has extensive experience in the Australian equity capital markets.  Craig holds a Bachelor of Economics degree from the University of Adelaide. He worked for a decade with Chartered Accounting firms before joining the stockbroking industry in 1987.  Craig is a Director of numerous private companies and was formerly a Director of ASX-listed Southern Titanium Limited.

Craig has been involved with Cobram Estate Olives since 1998, assisting with its formation and development, and a Non-Executive Director since 2005.  Craig is a member of the Audit and Risk Committee and the Chairman of the Remuneration Committee. 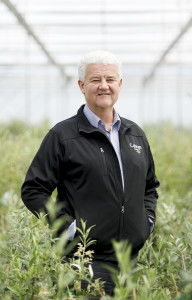 Professor Jonathan West founded the Australian Innovation Research Centre.  Prior to that role, Professor West spent 18 years at Harvard University, where he was Associate Professor in the Graduate School of Business Administration.  He gained his Doctoral and Master’s degrees in Economics at Harvard University, following a Bachelor of Arts majoring in history and philosophy of science at the University of Sydney, and more recently gained a PhD in Ancient Greek Philology.  Jonathan has served as consultant to, and a Board member of, major corporations around the world and as an advisor to several governments, particularly in the fields of agribusiness, innovation policy, and economic development.  He currently serves as a Board member and Chairman of ASX-listed Hexima Limited, a medical biotechnology company; a Board member and Chairman of the ASX-listed Gowing Brothers Investment Fund; a Board member of Hydralyte, a dehydration-therapy provider; and a Board member of the Three Valleys Food Company in Tasmania.

Jonathan has been involved with Cobram Estate Olives since joining the Board in 2008 and is a member of the Remuneration Committee. 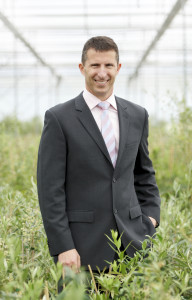 Leandro Ravetti graduated as an Agricultural Engineer in Argentina and worked for the National Institute of Agricultural Technology in olive production research from 1995 until he moved to Australia in 2001 to join the Cobram Estate Olives. Leandro has studied and worked as an invited researcher at the Olive Growing Research Institute of Perugia, Italy and at different Governmental Olive Institutes in Andalusia, Spain where he completed a postgraduate degree on olive growing and olive oil processing.  Leandro was appointed Executive Director in 2005. As part of his role, Leandro has overseen all technical aspects of production, developing the Oliv.iQ® growing system. Leandro was an alternate director of the Australian Olive Association between 2009 and 2012 and was the Drafting Leader for the new Australian Standard for Olive Oil (AS 5264-2011).   Leandro has also received a Meritorious lifetime award from the Australian Olive Association for his outstanding contribution to the Australian olive industry and he was also the recipient of an award in the Master Milling/Chemical Engineering Category in the inaugural “Health & Food, Extra Virgin Olive Oil Awards” announced in Spain in 2017.

Leandro was appointed Joint-CEO (Technical and Production) of Cobram Estate Olives on 20 April 2021 and formerly held the role of Technical Director. 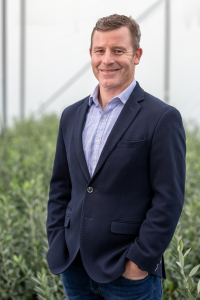 Sam joined the Company in August 2009.  Sam has over 21 years’ experience in commercial, corporate and finance roles. Sam began his career with KPMG, where he qualified as a Chartered Accountant and since then has held senior management roles. Sam has wide experience in financial modelling and analysis, management of corporate debt, capital raising, business planning and execution and strategy. Sam has a Bachelor of Commerce (Accounting and Finance) and a Bachelor of Science (Industrial Organic Chemistry) from the University of Melbourne.

Sam was appointed Joint-CEO (Finance and Commercial) of Cobram Estate Olives on 20 April 2021 and formerly held the role of Chief Financial Officer and Chief Operating Officer.